Founded by Guy Laporte and Peter Cosentini, Groupe Quorum has become one of the most important developers in Montreal. In 30 years, Quorum has built 4,000 units (townhouses, duplexes, condos) throughout the metropolitan area. Profile of a promoter turned on and innovative.

Over the years, Quorum has built an enviable reputation in the field of real estate. A few years ago, the group won the Palme Diamant awarded by the Quebec Association of Building and Housing Professionals (APCHQ). This recognition is awarded only to a limited number of manufacturers (a fortnight in Quebec). The recipient company must maintain a customer satisfaction rate of 97% or more during ... 25 consecutive years!

Quorum was also the recipient of the 30th Domus 2013, Natural Gas Project, for the development of Val des ruisseaux in Laval.

The developer's behavior can explain its success. "Unlike many developers who outsource some of their business, we are an integrated developer," says Maxime Laporte, Business Development Manager at Quorum. We orchestrate ourselves all the stages related to the construction and the management of a project, from the first shovel to the after sales service. We manage the warranty offered to purchasers and we ensure that in every facility built by Quorum there is a service respondent. "

The adventure of the Quorum Group began more than thirty years ago when Peter Cosentini and Guy Laporte decided to carry out a first real estate project together. The test proved positive and today both are still co-chairs of the company.

For them, the mission of Quorum is summed up in a few words. "Build projects that stand out for their unique quality and their integration into the community, with the aim of exceeding the expectations of the clientele."

To achieve this, the company has developed a philosophy of continuity. "If there is a relationship of trust with our partners, our collaboration can continue over several years. That's why we've been doing business with the same entrepreneurs for years, some of them always, "says Laporte.

Know how to choose and adapt

For any promoter, building on the right lot is an art. Thus, Quorum sometimes works with municipalities that want to develop a sector, sometimes the group buys land on its own. "In the end, our decision is made on the basis of supply and demand," says the director of business development.

Over the years, the developer has also been able to adjust to the real estate market. "There is great variability between our projects," says Laporte. Some have several units while others are smaller. We adjust according to the needs of the sector where we develop a project. "

Like the other developers, Quorum also had to adjust to the Metropolitan Planning and Development Plan (PMAD) adopted by the Communauté métropolitaine de Montréal (CMM).

Came into force in March 2012, the PMAD proposes to intensify the habitat on the territory of the CMM so as to accommodate, by 2031, at least 40% of the population growth in green neighborhoods designed around " Transit infrastructure. This is commonly referred to as TOD (Transit Oriented Development).

Mr. Laporte admits that this new reality has led to changes in the way projects are conceived. Thus, four of the Quorum projects meet the criteria for a TOD. The Highlands, LaSalle and Le Onze projects at the station in Vaudreuil are located near a train station, while the Cité Radio projects in Verdun and Condos St-Henri are located very close to a metro station.

Projects that meet the needs

Mr. Laporte is particularly proud of William, located in the Griffintown neighborhood. The 174 units of the residential complex were sold in record time. "Within one day, 65% of the units were sold," he said.

According to him, Quorum's approach explains this success. "We use a fast track method that allows us to undertake simultaneously the construction, sales units and design plans," says the director of business development.

In all its projects, the Quorum Group also wants to become involved in the community. For him, this is a way to promote a better integration of the project in the environment and to develop good relations with the local population. 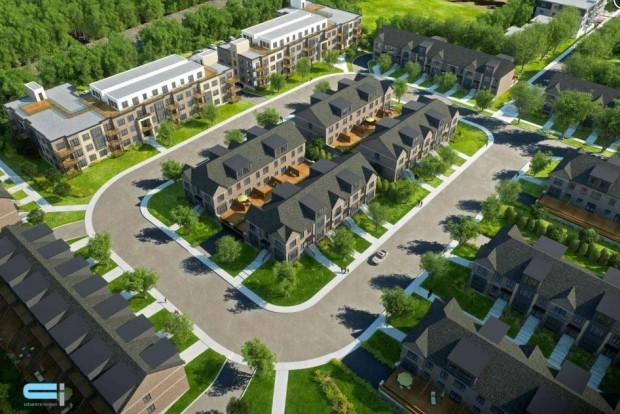 View all posts by: admin